So, you might have noticed that I haven’t posted anything in a while.  Or, you know, maybe you haven’t noticed at all, but in order for this intro to work, let’s say you did.  The thing is, I actually began composing this post a while ago.  It originally started like this:

“Essay and exam season is upon us once again.  For some, this means long hours dedicated to vigorous research, emails to professors, and writing detailed outlines, culminating in a sparkling paper that should evoke great pride and (hopefully) top marks.  For others, a great deal of time is spent staring at blank Word documents, the days ticking slowly by; it all ends with one night of combing Sparknotes and lecture slides and desperate bullshitting and cups of coffee flavoured with tears of exhaustion, culminating in a sort-of-okay paper that evokes relief and a (hopefully) passing grade.  I fall into the latter category.”

That clearly worked out well.

Life simply got in the way.  I did actually have to do my schoolwork at some point, and I was travelling, and [insert other slightly bullshit-y excuses here].  But here I am, and I am here with a confession:

I am a chronic procrastinator.

Ever since I was young, I’ve never liked doing my homework.  I mean, no kid really enjoys homework (and if you did, I offer my condolences for what was likely a very difficult childhood), but I took it to a whole other level.  My answer to “Do you have any homework?” was usually “No,” even though I was probably lying (sorry, parents).  I never studied for tests, which suited me fine, because I paid attention in class and I had a good memory.  I found little ways to get around my teachers, or to spend as little home-time doing homework as possible.  I did my homework during recess, I lied and said I forgot it at home or that I plain forgot it existed.  I prayed they didn’t check homework, or that if they did, they did my side of the room last, so that I might frantically scribble down copied answers from a friend.

My earliest memory when one might have first considered my procrastination to be a budding problem was in grade four, when we were studying the dangers of smoking.  We had to make some sort of anti-smoking posters to put up around the school, obviously to put an end to the child chain smoker epidemic that was sweeping the nation.  I have a vivid memory of being up until 11pm that night (basically torture for a 9-year-old whose bedtime was 9:30), frantically colouring my poster, tears of frustration filling my eyes as I listened to my sister snoring behind me in our shared bed.

My favourite trick that I adopted late-elementary school was to tell my teachers that I “had to go print it off” when they asked for my assignment; in reality, those trips to the library were my final window in which I would hastily finish composing my book report or story about my dog or whatever the heck we did back then.  When they asked why printing took half an hour, I blamed “computer problems.”  They had to have known I was lying, but what were they supposed to do?  Not accept my work?  I’m pretty sure it’s illegal to reject a 12-year-old’s reader response questions.

With high school came the new privilege to skip class, with little to no consequences.  I could skip the class before an assignment was due, finish it, and hand it in on time.  Or, I could not go to the class in which something was due, and have an extra day to do it.  Oh, the sweet, sweet days before late penalties were a thing.  Sure, teachers could email me all they wanted, but what if I “didn’t get it”?  What if my “internet was down”?  WHAT IF MY “COMPUTER WAS BROKEN”?  WHAT THEN, TEACHERS???

I had found my way to power, and I cherished every moment of it.

And you know what?  I always got away with it.  Sure, I ended up with an S for Satisfactory in Homework Completion (lol, Learning Skills), but my grades never suffered.  That smoking poster ended up with an A-.  I always had a natural affinity for academics, probably due to my Asian blood.  I was usually near the top of the class.  And I suppose that’s why I never really stepped up my game.

All of you non-procrastinators are probably thinking, “She’ll see.  It’ll all come back to bite her in the ass one day.”  (Or maybe you’re thinking something else.  You guys have strange brains whose inner-workings I do not understand.)  But, the thing is, it kind of did, and it didn’t make the slightest difference.  This bite on the ass came during University Application Time.  Since I had had dreams to be a journalist (that have since changed), I applied to every Canadian university with a journalism program.  This included Ryerson, whose prestigious Radio and Television and Journalism programs required that I not only submit my marks, but also that I write some personal essays and whatnot.  One would think that, considering this was my future and all, and that Ryerson was my first-choice school, I’d get my act in gear.

There I was in the wee hours of the day submissions were due, tiredly typing the final words of my last essay.  I had started it on the desktop computer, emailed it to myself so that I could finish it on my mom’s laptop, and then re-sent the finished product to the desktop to print it.  When I went to the desktop and opened the file, I found myself staring at only the two paragraphs I had completed earlier, and not the full thing I’d just finished.  Confused, I went back to the laptop to send the correct version.  To my horror, the entire essay – all 2000 words of it, that I’d just spent the past six hours on – had vanished into cyberspace.  Something to do with temporary files and saving to the wrong place and a bunch of other computery junk had happened (for real this time.  Karma really is a bitch).  It was 3am, and I was left with no essay and very little time in which to rewrite it.  I saw my life crumbling before my eyes, and I broke down sobbing.  Luckily, my father came to my aid (he does come in handy sometimes), and we redid the essay together.  It ended up better than the original one, and my application packages were sent off and received on time.

You know what I learned from that whole experience?  Maybe…that I should start my things earlier?  After all, if my essay had deleted itself the week before, I’d have had plenty of time to redo it!  No; I merely learned to double and triple check my saving methods.  And, lo and behold, my essays haven’t deleted themselves since.

These habits that established themselves in my formative years truly have fucked me over.  I don’t blame my parents; they tried to warn me, tried to steer me in the right direction.  I just didn’t listen.  It’s really not as simple as “just start earlier” anymore.  Any of my fellow procrastinators will tell you the same.  Every time I have an assignment, it’s a constant inner struggle.  I always tell myself I’ll start earlier.  I always open the Word document, set it all up with my name and date and course code (MLA format, of course), maybe even type out an intro sentence or two.  But then, the little devil on my shoulder starts whispering in my ear.  You know, I bet now would be a really good time to start watching Teen Wolf.  You’ve been salivating over pictures of Dylan O’Brien for a while now.  Maybe you should see what the fuss is about.  40 episodes later, I find myself with an obsession with Dylan O’Brien, no essay, and 4 hours to write 1500 words.   I bet Tumblr is suuuuper interesting right now.  Maybe nudies of Harry Styles leaked.  Maybe you should go check.  Sadly, there never are nudies of Harry Styles, but Tumblr is very, very addictive for someone who really doesn’t want to do their essay.

There is an angel that lives on my other shoulder, but I tend to completely ignore it at all times.  I’ve learned to ignore a lot of things, actually.  My procrastination habits don’t just apply to schoolwork; they apply to everything.  Undesirable confrontations, feeling bad feelings, emailing my bosses and professors…anything even potentially unpleasant, I put it off.  And the longer I put it off, the worse I feel, and the more I don’t want to deal with it.  Future Sam can handle it, I tell myself.  But, as one of the current incarnations of Future Sam, I can attest to the fact that Past Sam is a huge bitch.

I have concluded that it all stems from a fear of failure and/or rejection.  I like to live in my little bubble of bliss for as long as humanly possible.  Harry Styles won’t judge me for my writing ability; Harry Styles loves me for who I am.  See, if I actually try, and I fail, then it’s me who’s the failure.  Nothing is more disheartening than putting your all into something and having it fail.  This way, I have a scapegoat.  I didn’t get into those Ryerson programs; hey, I wrote that essay in like three hours whilst heavily sleep-deprived, what did I expect?  If I get a shitty grade, well, I finished that essay five minutes before it was due, so…ya know.  If I don’t get a job, it’s obviously because I waited so long to apply – it has nothing to do with me as a person!  It’s a coping mechanism, and a problematic one.

I do hope to someday overcome this issue.  I mean, being a chronic procrastinator and a writer don’t exactly mesh.  I think it’s all about baby steps.  The final essay I wrote for school this year – I actually read the book.  THREE DAYS BEFORE THE ESSAY WAS DUE.  I know that doesn’t sound all that impressive, but considering I pretty much never read the books (let alone prior to the due date), and just try to decipher some bullshit argument based on the Sparknotes, that’s huge for me.  Also, I actually came back and completed this post, rather than just slowly slinking away from this whole blog idea and never posting again.  Again, baby steps.

In anything in life, being hard on yourself and beating yourself up just isn’t the way to go.  It already happened, and shit happens, so you might as well move on.  Like I said, it’s all in the baby steps – the baby steps you take to make the changes you want to see.

I leave you with this cheesy thought.

One thought on “procrastination” 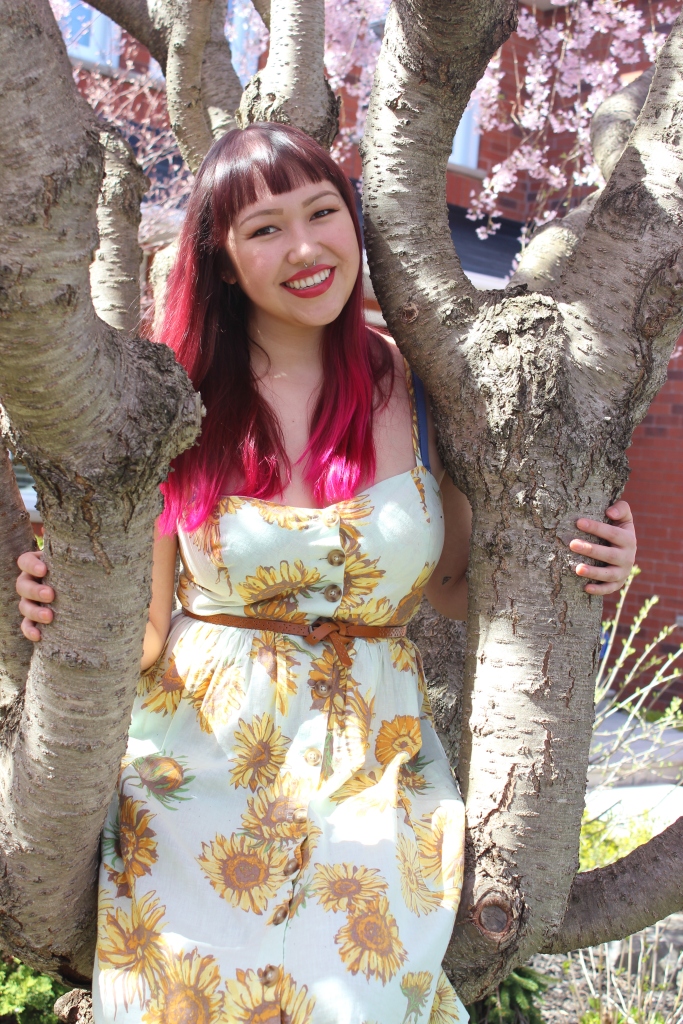