Dear girl who sat behind me in 18th Century Literature and Culture,

I don’t know you, and you don’t know me. Well, it’s possible you at least know who I am, and think I am an annoying keener, because I tend to participate in class discussion frequently, unlike you and your band of sniggering gossip girls. I don’t usually sit in that spot, but when some dude who never comes to class decided to take my usual seat, I was forced to choose somewhere else. That is how I came to be in front of you.

On this day, we voted on possible contemporary material to discuss in our final class of the term. On the board was a list of five possible topics: On the Road, Alfie, Bridget Jones’s Diary, Sex and the City, and Orange Is The New Black. Before it came to vote, one of our classmates raised her hand and suggested a sixth option: the 2013 film Belle. Belle is a fictionalized account of the life of Dido Elizabeth Belle, a mixed-race gentlewoman of the 18th century, born to an African slave mother and British Admiral Sir John Lindsay. Our classmate, who, I should note, is black, expressed disappointment that the English program as a whole features work almost exclusively by white authors and directors and about predominantly white-centric characters and issues. Having been a member of the Ryerson English program for the entirety of its existence, I can confirm this. Our professor added the title to the board, lamenting the fact that the student felt that the English department didn’t care about race.

When it came time to vote, Orange Is The New Black won by a landslide (I mean, how could it not?).  Unfortunately, the professor forgot to even take a tally for Belle, prompting the student to speak up.  I believe she was at least partially joking and amping up her distress, and as the class chuckled and the professor hastily (and light-heartedly) apologized, I heard your exasperated whisper from behind me:

Appalled at what I had just heard, I turned around to see who had spoken.  I half expected to see a member of the KKK, or maybe a Neo-Nazi.  Sadly, I forgot that racial micro-aggressions are commonly committed by people who are not radical white supremacists.  Instead, I saw your unassuming (but thoroughly white) visage.  I shot you the most incredulous stink eye known to man, and upon seeing my expression, you hastily said, “Sorry!”

Clearly, though, you weren’t actually sorry; not one bit.  As I turned back and discussed the injustice of this transgression with my neighbour, who is also not white, I heard you whisper again:

“Jeez, I was just being objective!  What’s her problem?”

Let me tell you what my problem was.  You, an ignorant white girl, were implying that our classmate had no reason to be upset at the lack of racial representation in our syllabi, despite the fact that this was a perfectly legitimate claim.  In all my years of being in the English program, the only book I remember studying that even includes black people is Heart of Darkness, and that book is pretty racist (so my professor said, at least. I never read it), and absolutely none that include Asians.  You think that she should accept it and move on.

And I get it; I get why you don’t understand the issue.  It’s the kind of thing you don’t notice unless you have reason to notice it.  Here’s the thing: you do not see your own race.  You don’t look in the mirror every morning and see a white girl.  You just see a girl.  See, when I look in the mirror, I see a kinda-sorta Asian-ish girl, with the round face and full lips and narrow eyes of a Korean.  This transcript of a Michael Kimmel speech further proves this to be true (skip to page 7 to see the quote I’m talking about).  People of colour see their colours in the mirror because we are taught that we are not the “ideal”, not the “norm”.  We are “other”. 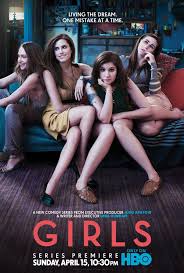 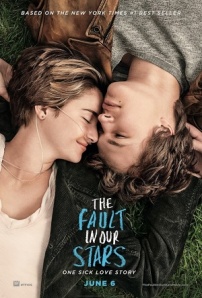 The fact that the dominant race in mainstream media today is still white, even though we’ve convinced ourselves that racism is over and we can all hold hands and sing Kumbaya or some shit, is a problem.  (And if you’re thinking, But it’s not a problem NOW! So many shows have black people in it! Please refer to this recent study. Yes, it is improving, but it is nowhere near equal).  Representation is important, no matter what anyone says otherwise.  Do you know what it feels like to not see yourself, to feel invisible to the masses?  And if you do see yourself, it is usually a racist caricature?  People of colour are often used as an accessory or side-character to provide contrast; the sassy black woman, the silly black dude friend, the nerdy Asian kid, the lol-look-how-foreign-they-are-isn’t-it-hilarious [insert basically any non-white race here] person (Raj from The Big Bang Theory, anyone? Not that Raj is by any means the only problem with that atrocity of a show, but add that to the tally)…the list goes on.  And that’s not to mention the fetishization of other cultures that occurs on the regular.

Lack of racial diversity in a TV show or movie or book doesn’t automatically mean it sucks.  I love me some Friends and How I Met Your Mother (except the last episode. Fuck the last episode).  And, well, some of the things that don’t have racial diversity do suck on their own terms, such as pretty much all Nicholas Sparks books and movies.  All I’m saying is, it’s important to notice these things, and think about what they say about our society.  It’s not a coincidence, and it’s frequent enough that it has an effect on the general population.

We internalize this shit.  Even if you, a white girl who sees herself represented on the daily, don’t notice or see anything wrong with this, that doesn’t negate the fact that we, that is, non-white people, do.  People of colour are rarely shown to be desirable or important, and if they are, it’s as a result of fetishization; “yellow fever”, “jungle fever”, “curry fever”, all those fun things.  Personally, I see myself next to all my white friends and feel somehow inferior to them, less attractive.  I often feel passed over and inadequate.  And it’s not that I genuinely wish I was blonde and blue-eyed and slender-faced, I just feel, I don’t know…different.  Maybe I actually just have a horrible personality, and that’s why no one wants to date me.  It’s quite possible that it has nothing to do with race.  Who knows.  The fact remains though, the first thought in my head is always, Is it because I’m Asian?  And I’m sure you’ve felt inadequate as a result of the media; I mean, it’s impossible not to, with their constant barrage of Be Thin! and Wear This! and whatever else.  The distinction is that these feelings of inadequacy are never connected to your race.

The point is, you can’t be objective.  Your perspective will always, ALWAYS be shaped by your privilege.  If a person of colour tells you something is wrong or offensive, telling them to “get over it” is not “being objective”.  You are being an asshole and telling them that their lived experiences are invalid, because apparently if you have never experienced these things, then they must not be true.  I beg of you; stop swatting these issues away and listen.  Even just to be like, wow, that sucks, I’m sorry.  I’m not asking you for a fruit basket or monetary compensation or your firstborn child or anything.  Just understand that our experiences as people of colour are different than yours, and respect that.  Our classmate just wanted to see herself represented and acknowledged, and I applaud her for standing up.

P.S. I can hear you now: But you’re only half Asian!  You’re pretty much white anyway!  Please read the other thing I wrote and get back to me.  Thanks.